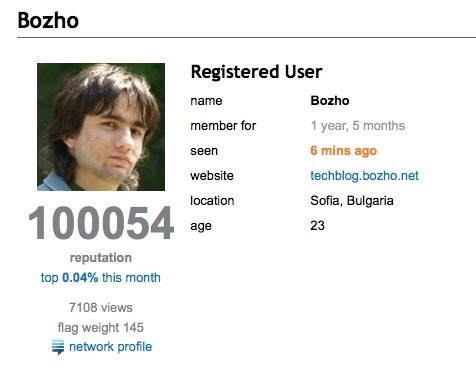 ▲ This user on stackoverflow.com has a flag weight of 145 - actions of this user will weigh much more than the actions of a newly signed up user.

Provide a way for users to earn a set of powers that will allow them to reach their goal more quickly than they could have before. This pattern is often used in combination with Unlocking features

In web design, there are two common roles that are most often rewarded with special powers: The contributor and curator role.

Reward the contributor and curator roles

Curators are the users who make an effort in defining what is quality content and what is not. They vote quality content up, flag content with profanity, and vote poor quality down.

The relationship between the contributors and curators are often intertwined in that users with a proven track record of quality content are immediately promoted more than a rookie user or a user with a poor track record.

Instil a sense of self-determination

According to self-determination theory, people are able to become self-determined when their needs for competence, connection, and autonomy are fulfilled. Granting privileges to individuals can provide a path that will allow them to go their own ways, have a place and connection in a community, and grow their competence to interact with as they administer their powers3.

Common powers given to users

There are several ways to empower users. Here is a list of common powers attained:

Becoming more powerful is something that everyone desires in real life. Being giving special powers, no matter in what form, all have in common that they give you a way to reach your goal more quickly than you could before1.

Providing users with powers to reach existing goals faster or embrace new ones, is a common technique used in persuasive design and gamification to boost autonomy, mastery, and belonging: the tenets of self-determination theory in social psychology.

More examples of the Privileges pattern See all 2 example screenshots

1 0
From stackoverflow.com
See all 2 example screenshots