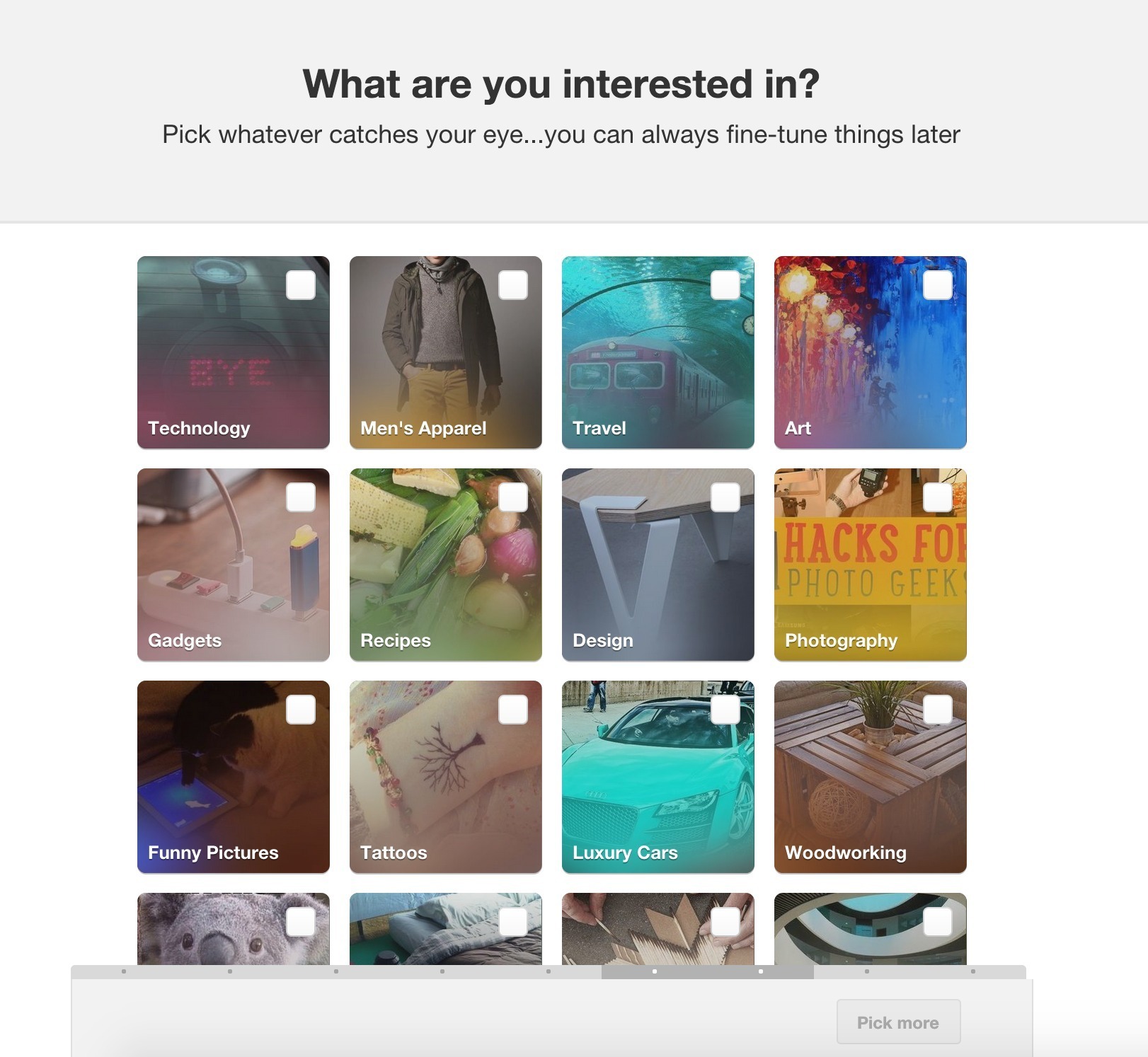 ▲ When signing up for pinterest, the Recognition over recall pattern is used to ask for the user's interests.

If you’re interested in asking people to list things from memory, consider complementing – or replacing – empty form fields with defined, intelligent, or random choices that people can click on – or rate.

A classic move from using recall memory to recognition memory in user interface design was when modern GUIs (Graphical User Interfaces) slowly began replacing the older command-line interfaces known from DOS or the UNIX prompt. The effort associated with learning commands in the command-line interface made computers difficult to use. By presenting commands in menus in modern GUIs, the recalling commands from memory became obsolete and simplified the ease of use of computers.

Recognition is triggered by context. Weâ€™re quite good at it. With the radio on, we can sing the lyrics to thousands of songs.

Recall works without context. At this, weâ€™re terribly bad. With the radio off, our memories inevitably fade to black.

This imbalance is shared across our senses, and itâ€™s a huge factor in design3.

It’s easier to click and choose from a variety of options than to write out those same things from memory. Recognition tasks provide memory cues that facilitate searching through memory why it is easier to recognize things than recall them from memory. It’s easier to provide a correct answer for a multiple-choice question than it is for a fill-in-the-blank question as the multiple-choice questions provide a list of possible answers1. Open-ended short answer questions provide no such memory cues, why the range of possibilities is much greater.

2 Recognition over recall at Getmentalnotes.com

3 Recognition Over Recall on flickr.com by Peter Morville

4 Recognition over Recall on the Nielsen Norman group website